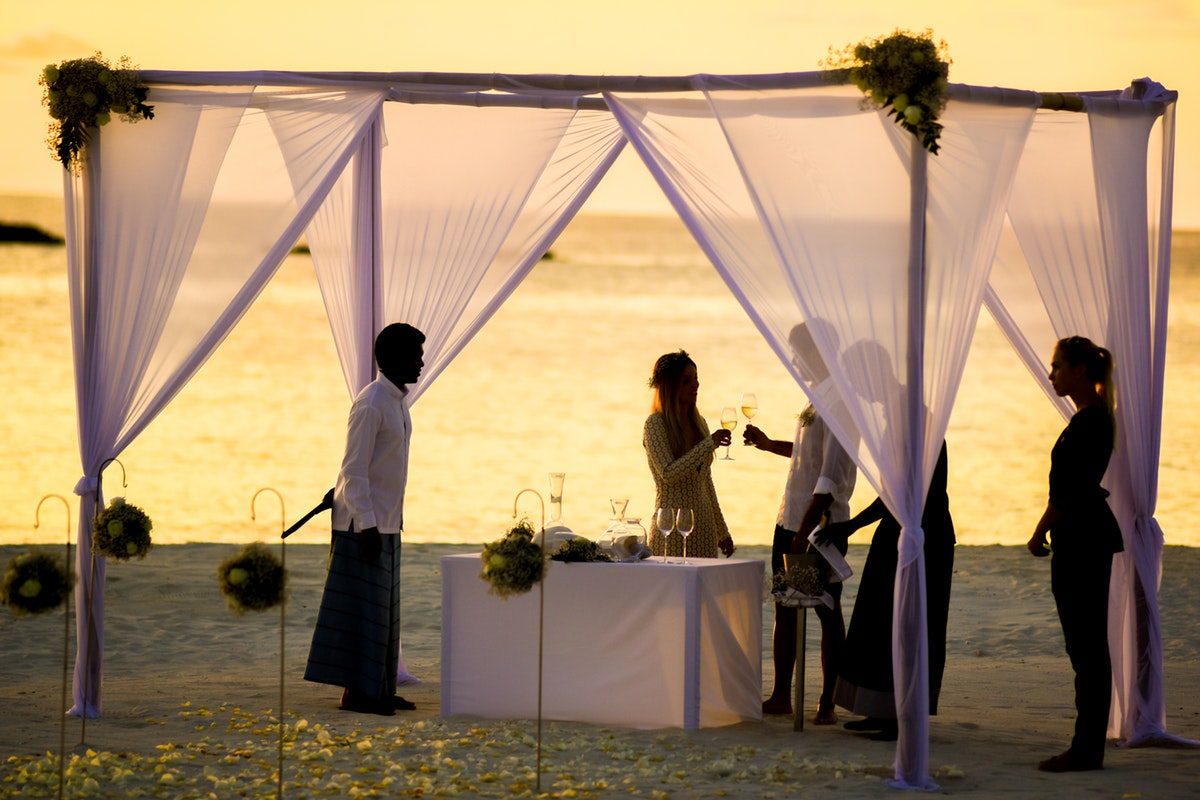 It might sound obvious but the ceremony really is what a wedding day is all about for both you and your guests. For some people the ceremony is a formality, but for others the ceremony detail is hugely important, and lots of time, effort and money is invested. It’s important that you choose the right type and style of ceremony for you; there are so many options but it’s amazing how many people still believe that you only have the choice of religious or civil, which is a great shame.

There are many different options available but here are the some of the widely known varieties.

A religious wedding can take place at a church, chapel or other registered religious building depending on your faith. A couple may marry in their local Church of England parish church if either the man or woman lives in the parish. Before 2007, they could not be married in another parish unless they had attended church services there for six months and were on its electoral roll. In July 2007, however, the Church of England initiated a change in the law to make it easier for couples to have a church wedding in a parish other than their own. The changes make it easier for a couple to marry in a church where there is a family or other special connection.

But whether your service is religious or civil, the ceremony will follow the same basic structure: procession, call to order/opening remarks, vows, ring exchange and other unity gestures, pronouncement (“I now pronounce you…”), kiss, closing remarks and recession.

Conducted by a registrar in either your local registry office or in a licensed venue; there are so many venues licensed now, so there’s an amazing choice. Around 65% of marriages are civil at the last count, and it’s not a surprise. It’s very simple, with relatively little paperwork, and a selection of standard vows and declarations offered with personalisation of readings and music (which must be non-religious) possible. Contrary to what you might think, a civil ceremony doesn’t mean common law, a civil union or even a drive-through, Vegas-style affair. A civil ceremony is simply a non religious, legal marriage ceremony presided over by a legal official instead of a religious one.

A humanist, non-religious wedding ceremony gives you the opportunity to marry where you want, when you want and how you want. There’s no set script: it’s too personal an occasion for that. Instead, each wedding is tailored to meet the particular couple’s requirements. You can set the tone that’s right for you and choose your own words and music. From couples with different religious backgrounds who wanted to incorporate both in an intimate garden ceremony, to couples who have married elsewhere and wanted a very bespoke ‘blessing’ ceremony, to those seeking an entirely non-religious yet moving humanist ceremony, the options are limitless. All of these ceremonies are non-legal so have to be preceded by a small legal ceremony such as at the register office, however, they offer lots of opportunity for the couple to make it their own.